To preface a book with so many tested theoretical contents about soccer is for me something rather rewarding and odd at the same time. This is because after forty years of work in Brazil and abroad, I am still regarded, pejoratively, as a theoretical coach. All because I value the game in which the player does not only play, but also reads it, thinks it and generates ideas.

I have always believed that our (Brazilian) way of observing and understanding the game was rather subjective. It was enough to observe and analyse the plays of each players and we had all the indicators we needed to understand the team’s performance.

We have got used to think of a team as the sum of individual performances and of areas that are drawn together as a whole. We have managed to get where we are now by developing the technique of our players who, by their exuberance and brilliance, have made us five-time world champions.

Nevertheless, nowadays we begin to understand that the path that will lead us back to victories and world titles goes through a quite accurate adjustment to what this book so cleverly presents us.

The new soccer, in contrast with soccer played three decades ago, shows us that we can no longer “play” without any of the eleven team players, in the different moments of the game: attack, defence and offensive and defensive transitions. And that does not refer to having a player sent-off, but rather a player who is on the field and does not perform collective actions to achieve the goal.

In this context, the authors, PhDs in their activities, show us that it is not enough to play the game, everyone does that, that it is not enough to know what to do during the game, many do that, but, above all, it is necessary to know the reason for every detail of this complex system, which possesses several games within a game (playing at home or away, early or closing moments of the match, early or final stages of a competition, scoring or conceding first, among others).

Therefore, this book allows us to step into the world of objectivity of soccer, providing us with tools that facilitate our work with our smart goal in an accurate way, without, forcibly, neglecting the beauty of the game.

The didactic and evaluative tools presented here enable the anticipation of scenarios and, in view of the content presented, make this a bedside book for the coaches who want to become winners in a profession so cruel and difficult, but also honourable and beautiful. 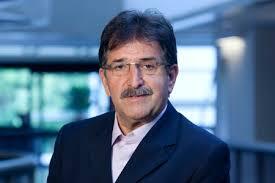